(CNN)India’s first all-female Special Weapons and Tactics (SWAT) team took to the streets of New Delhi this week as the country marked 71 years of independence.

The SWAT team will be part of the city’s police force and responsible for providin g support during hostage crises, terrorist attacks and other high-profile threats in the Indian capital, police said.
The team’s deployment is remarkable in a country that performs poorly in gender-specific measures of workforce inclusivity. India ranks 120 among 131 countries in female labor force participation rates, according to the World Bank.
In 2017, about 28% of Indian women between the ages of 15 and 64 had a job or were actively looking for one, compared with 82% of men in the same age group.
Women made up about 7.2% of the total Indian police force last year, according to India’s Bureau of Police Research and Development. 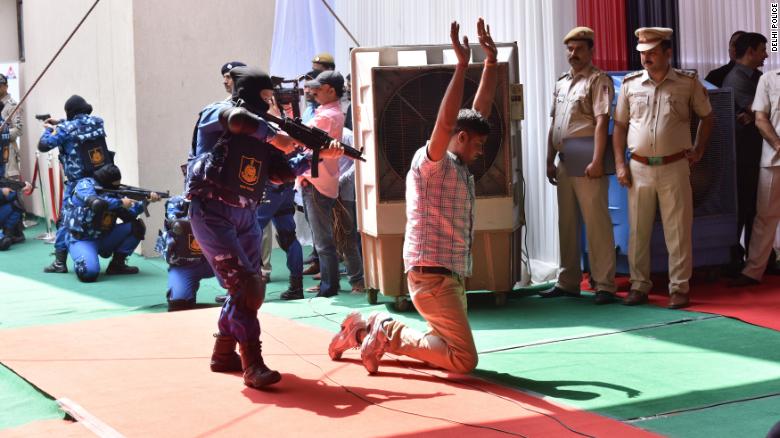 SWAT team members drill in New Delhi. India’s first ever all-women SWAT team was deployed for Independence Day celebrations.
Members of the team are equipped with MP5 submachine guns and AK-47 rifles, and have been trained in Krav Maga, a form of martial arts used by the Israel Defense Forces.
They stood on guard Wednesday as Prime Minister Narendra Modi addressed the nation on Independence Day from the historic Red Fort in northern Delhi. 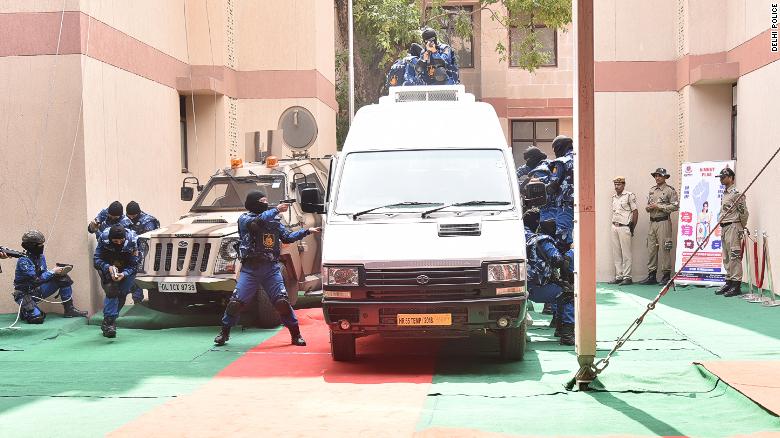 Women make up less than 10% of India’s total police force.
Pramod Kushwaha, a senior official with the Delhi Police, said the force believes having an all-female SWAT team is “a good message that we can send.”
“They’ve been trained for fifteen months,” he added, three months longer than non-SWAT team officers. “They’ve been trained in commando operations, jungle warfare, urban warfare, hostage crisis situations, stress situations — all commando tactics, they’ve been trained in that.”
Kushwaha said the women are “at par, and in certain cases, I found they’re much better than our male commandos.”
“They’re extremely fit, extremely professional. I can say with confidence that given any situation, I’ll be using them first,” he added. 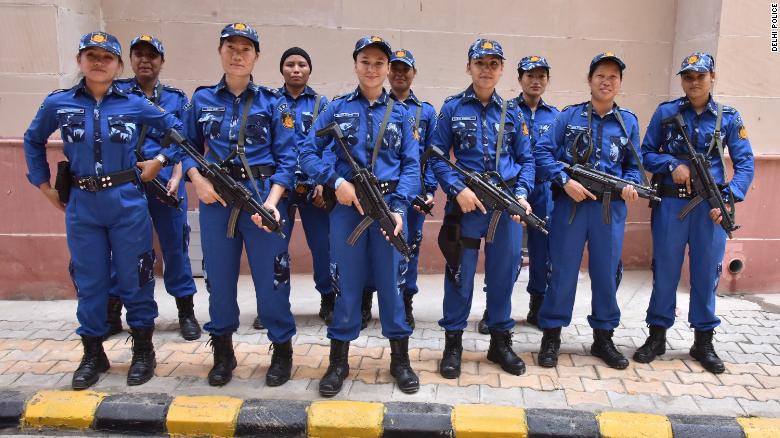 Members of the SWAT team pose for a photo. They were trained for 15 months before being deployed for the first time.
Rajnath Singh, India’s home minister, also praised the women, saying that it is no small feat for such young officers to perform with a high level of alertness, attention and efficiency.
Share this: